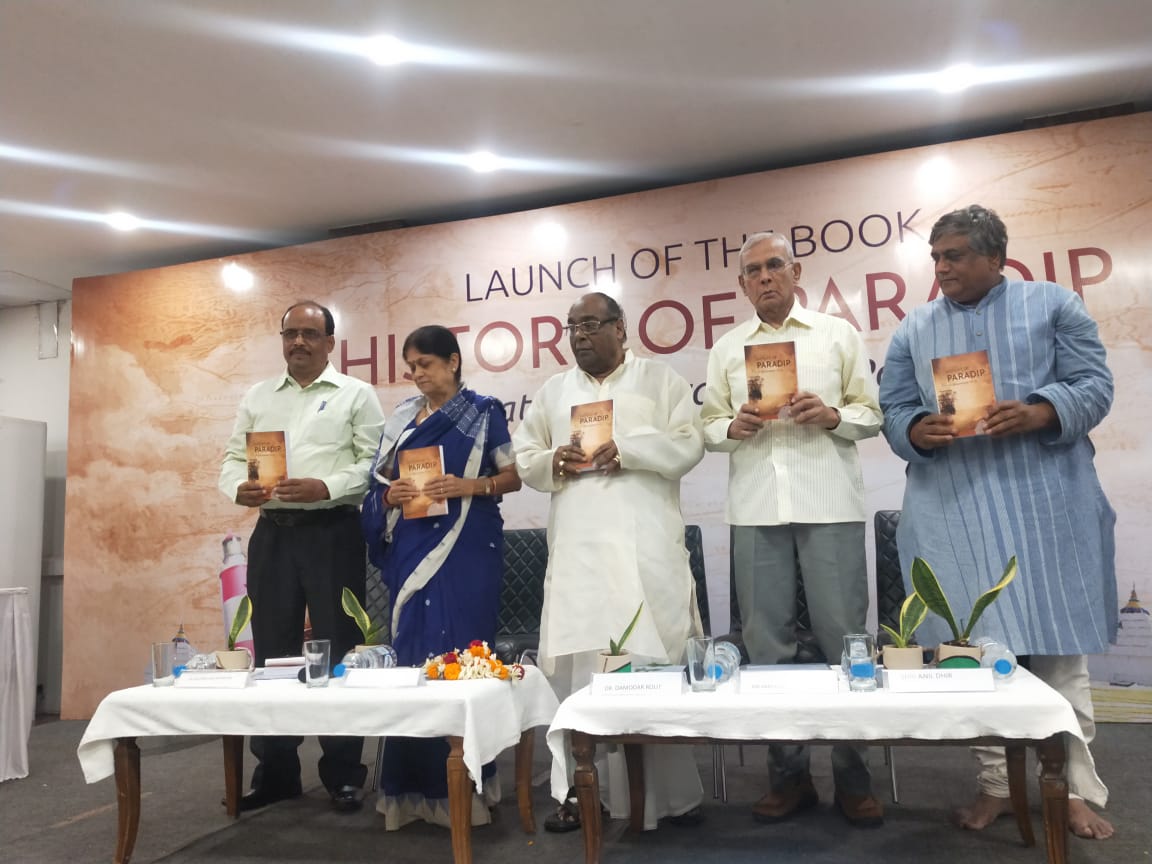 It’s an irony that so little is known about the maritime past of a coastal-rich state like Odisha despite the fact that Odia folklore is replete with traditions, culture and rituals attached to it.

Much of it will come to the fore now with the recently released book ‘History of Paradip’ written by Dr Satyananda Panda. Paradip, being a port city, plays a very significant role in maritime activities of modern Odisha but there are no records of the history of the region where seven rivers meet the sea at various points/locations.

“The book carries very interesting facts about the Kaivartya community; their religion, culture, traditions, rituals and livelihood and especially their contribution to the history of the Port City,” Subhranshu Panda, his son, told Odisha Bytes. He further added that the book is a revelation about the micro-culture of the region.

Odisha is a state that has always taken pride in its maritime past. The cities, towns and villages of Odisha abound with many folklores and legends about ancient mariners (Sadhabas) of Odisha, which are still animatedly discussed among Odias in formal and informal gatherings. During monsoon every year, many Odia girls observe the ‘Khudurukuni Ossa’, which is based on a folklore about a girl from a family of merchants who used to travel to foreign lands to do trade. In such a scenario, a book about the port city calls for more debates and discussions on it.

“This is a path-breaking book, with research-based original content on the regional culture, history and growth of Paradip as a Port City. The book sheds new light on the regional history of the region,” said Anil Dhir, who along with Dr Nibedita Mohanty has helped Subhranshu Panda in the compilation and publication of the book.

“History has been romanticised by Odias. We are glorifying our history and traditions that are not based on facts but on folklore. The maritime history of Odisha has not been correctly written till date. Very less work has been done in this regard,” rues Anil Dhir.

“The Dutch used to bring slaves from Arakan (Burma) and sell them in coastal settlements in Odisha. The Kaivartyas (fishermen) of this region had taken to piracy during British rule,” said Dhir, speaking on the content of the book.

“According to British Admiralty Records in London India Office Library, 350 shipwrecks off the coast of Odisha have been recorded. But not a single marine archaeology research has been undertaken till date,” Dhir, who is writing a book on it, added.

Dr Satyananda Panda (1931-2018), was a noted educationist, social activist, philanthropist and writer from Paradip in Jagatsinghpur district of Odisha. He took a lot of interest in the traditional history of the coastal belt of Odisha. Because of his versatility and scholarly achievements, he was invited by the Port Trust Authority to contribute a paper on the ancient history of Paradip in 2004, which later took the form of a book – ‘Paradip In Past and Present’, which was highly appreciated by scholars and academicians.

He was working on two other books – “Brundabati, A Mirror Image of Lord Bishnu” and “History of Paradip”, which were almost ready to be published when he died due to heart attack. His son,  Subhranshu Panda, who is also Managing Trustee of Satyananda Panda Memorial Trust, decided to publish it on his first death anniversary. As the book was in manuscript format and had to be compiled before publication it took longer than anticipated.

The book was released by Dr Damodar Rout, former minister and legislator of Paradip, amid an eclectic gathering in Bhubaneswar on Sunday.