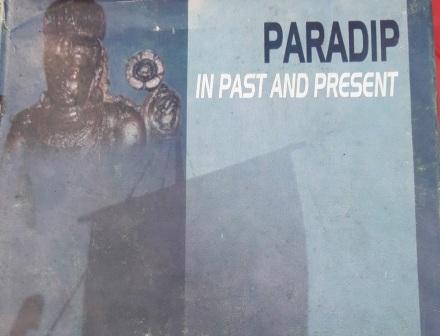 Book review ‘Paradip in Past and Present’ by Dr. Satyananda Panda

The study of local history assumes increasing significance in recent years as it is realized that such knowledge helps comprehend the history of the land and its people from a larger perspective. In this respect, research on the history of Paradip, once a hub of maritime activities and a modern port today, is relevant in as much as it sheds new light on Orissa’s rich maritime past.

The eastern coast of Orissa touching the Bay of Bengal, finds many rivers meeting the sea along its shoreline. The legendary river Mahanadi, originating from Madhya Pradesh, flows across Orissa and near the coast breaks into channels thus forming a delta. It then empties itself into the sea through two principal mouths. In the easternmost part of the delta basin, emerged in due course a small kingdom Kujang with its capital at Paradip.

Washed by the sea and intersected by the numerous channels of Mahanadi, life in the delta basin would inevitably be influenced by the natural surroundings. The human settlement depended on resources from water for a living, mainly on fish and eventually became well known for its seafaring people. Boat building and navigational skills came to the inhabitants almost naturally. 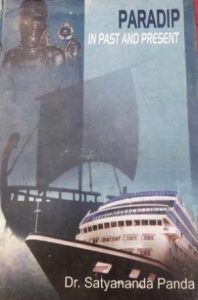 The sea voyages brought them wealth and exposed them to the cultures of other lands. At times they would plunder the boats and ships sailing over the high seas and were feared as the sea pirates. Trade and commerce flourished in the land and many from outside were attracted by its prosperity. The basin in and around the present day Paradip thus grew into an important maritime centre. That the coast of Orissa was famous as a trading zone was known from the Greek geographer Ptolemy’s report of the second century A.D.

The ports he mentioned were at Paloura and the mouth of Mahanadi which is present day’s Palur (in Ganjam) and Paradip respectively. The archaeological evidence of different time periods also indicates the existence of the maritime activities at Paradip, especially of Buddhists who were known as excellent traders.

Of the Buddhist remains, the image of Avalokiteswar of the 9th century A.D. that is metamorphosed into Vishnu today is of great significance. Avalokiteswar and the Goddess Oddiyani Marichi of Marichpur of the 11th century were known to be worshipped by sailors and traders for safe journeys in the sea. A Persian navigational tract of the15th-century mentions ‘Faradip’ that indicates the importance of the place during this period. Reference to the place is also found in the 16th /17th century Oriya literature. The place continued to figure in the various British reports in the 19th century.

The people, who played a key role in evolving a unique and significant sea culture around the place, are the ‘kaibarta’ community. The kaibartas, believed to be the descendants of the Nishadas are the fishing folk who were the original settlers of the place. The antiquity of the kaibarta group could be traced in our epics and various Puranas.

The kaibartas played a meaningful and influential role in the society, sometimes also as rulers and kings. They had matrimonial relations with the Bhoja dynasty. The kaibartas were experts in ‘kaibarta tantra’ which was a special engineering skill required for navigation. They monitored the seagoing vessels. They took upon themselves the responsibility of ascertaining and collecting tax from exports. The ships and boats sailing to Ceylon from Kalinga were operated by the kaibartas of the coastal districts of Orissa. Harishpurgarh, Marichpurgarh and Bishnupurgarh were the noted maritime centres at Kujang’s sea coast in the 16th and 17th centuries.

Kujang was earlier known as ‘Aswatthakshetra’ and comprised small chiefdoms, as many as eight in number, under the kaibartas and their allied group called gokhas. Subsequently, they were unified by the Sendha dynasty that was an offshoot of the Talcher ruling house. Initially a kaibarta settlement, the land gradually became a paradise for diverse castes and religious groups. The discovery of a gold coin indicates a Mughal connection as well.

Kujang earned a special place in the making of the History of Orissa. Apart from its maritime heritage and the rich kaibarta traditions, its contributions to the history of Jagannath for its association with the legendary Bisar Mohanty and the recovery of ‘Navi Brahma’ are invaluable. Evidently, Kujang also played a key role during the Paik Rebellion of 1817.

Dr Satyananda Panda’s book, ‘Paradip In Past and Present’ offers a delightful insight into the history of the region from ancient times to the present. The book contains eight well- structured chapters, an extensive bibliography and relevant appendices. This is a pioneering study providing rare cultural and anthropological perspectives of the region, thus making a precious contribution to the history of Orissa in general. It would also provide a much-needed incentive to the future researchers.